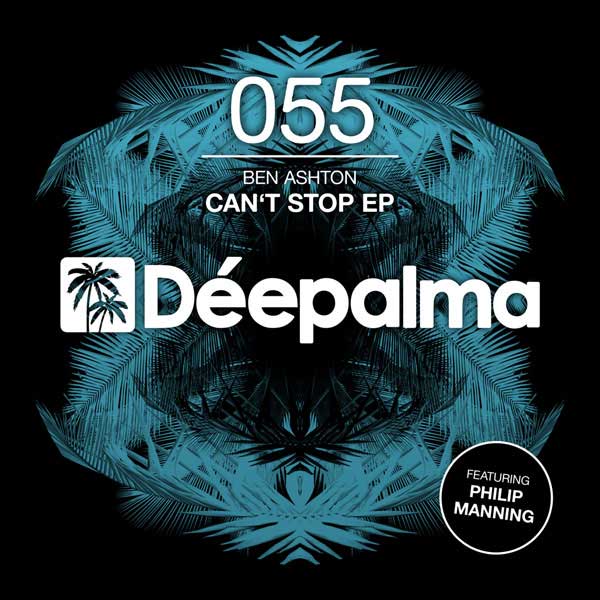 Swiss talent Ben Ashton returns to Déepalma Records for a bubbly follow-up release alongside Philip Manning on the vocals.

At night-time humming bass lines keep sounding from the studio through the whole neighbourhood. Full creativity from dawn to midnight – passion and everyday life completely melt into one. Ben Ashton’s addiction to music was given to him by birth: his father is a professional musician, successful conductor and Ben’s biggest idol.

Although standing right at the beginning of his career the sympathetic talent from Switzerland has already released a bunch of convincing originals and remixes through labels such as legendary Tommy Boy, Spirit Soul and Berlin based Wonne Musik amongst others, followed by dj bookings across the German speaking territory.

After his debut release on the label in 2016 Ben now returns to Déepalma Records with his new ‚Can’t Stop EP‘, a zappy two-tracker which succeeds in balancing both, daytime and the nightclubs to create a musical aesthetic he severely represents.

‘Fall Behind‘ begins with shuffling hats and an infectious backing vocal which then opens up to the track’s sweet and charming hook, building the roof for an ear-catching bass foundation, which is carrying the song throughout. ‚Can’t Stop‘ then melts a remarkable piano lead with Philip Manning’s recognizable vocals, defining the shelter for the tune’s dynamic substructure of moody bass notes and twisted old school beats.