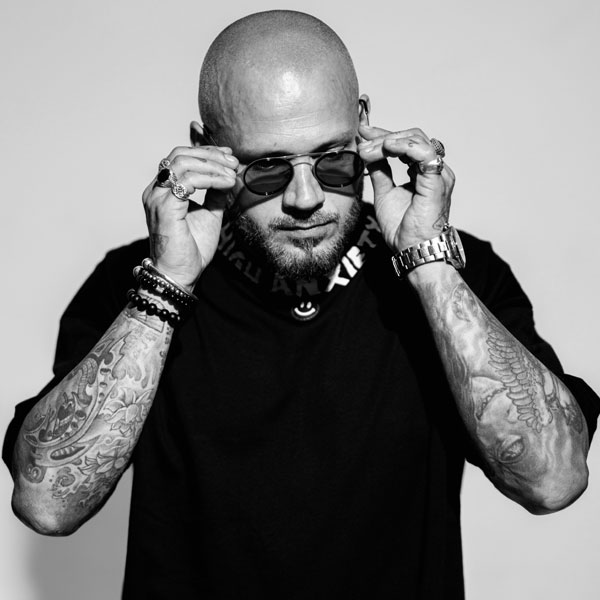 Do What You Feel & Feel What You Do! Be Magical Every Fucking Time When You Get The Chance! That’s Andre’s main purpose as a DJ. His ability of feeling every beat, no matter how deep, made his music his own therapy.

Growing up with a father who was an ardent musician and who shared his love for music, Andre was bound to be passionate about music. Andre Rizo entered the music industry in 1999, but he started his DJing career in 2006, when he had the opportunity of becoming a resident of the Club Pacha from Bucharest, Romania. In the following years, he started his own production studio, dedicating his time to produce his own material as well as developing tracks for many other artists from the Romanian dance scene.

Today, every single choice he makes for his sets translate into what he loves best: tech bassline and vocal hooks, all on top of a pronounced foot-shuffling house beat.

2014 came with a change of scenery, switching from the mainstream music to deephouse, which resulted in the smashing remix for “Colindul Cerbului” that had such a positive and great feedback, it boosted his brand on the Romanian clubbing scene, as well as outside of its borders.

Though he loves playing in nightclubs or at festivals, his passion for music goes beyond the spectrum of mixing tunes. As a producer, he found plenty of ways to express himself musically.

“It’s all about mood and a house-y, hypnotic groove […] playing those tracks that make you dance and move your body and feel the rhythm without you realizing it, regardless of the tempo, style, or when were those tracks released.“ Andre became one of the most airplayed DJs and producers on Dance FM radio with 7 tracks, encouraging him to release the ninth EP called “Going Forward” in 2017/2018.

In 2019, Andre celebrated his One Decade Anniversary by going on the first club tour with VR360 technology to be ever performed in Europe. With over 5M streams on Spotify and a place in Top 20 Tech House Beatport Worldwide next to names like Solardo, Martin Ikin and many others, Andre also was named the best DJ of 2019 in Romania. In 2020 he played from a hot air balloon dj set above clouds of european capital Bucharest, streamed live – aprox 800.000 people.