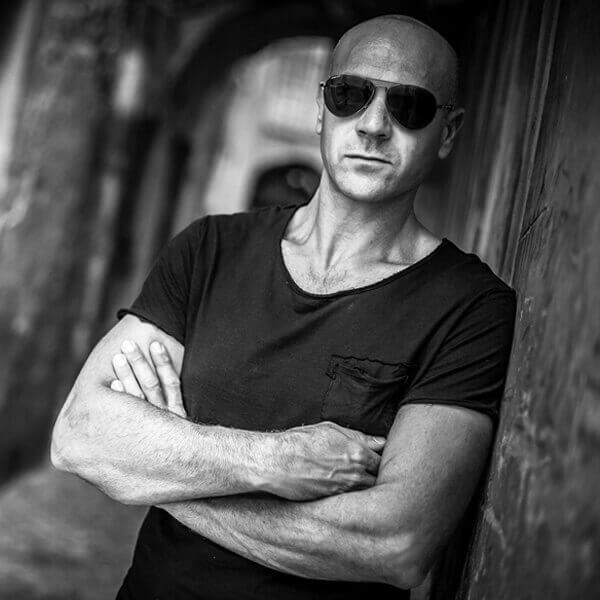 ‘…sound design, composing and layering emotions and getting the audience dancing with my music afterwards is what gratifies me the most’

Sicilian producer and DJ Rosario Galati is installing himself more and more as a true pillar of the current tech and deep house scene. Over the past 12 years he has worked in various partnerships, but it’s his collaboration with the Déepalma crew that established his name in 2013, with monumental tracks like ’Carry On’, ‘Okay!’ and ‘Deep In My Chest’.

Rosario received plenty of support from influential blogs and big name DJs in these past years. This includes tastemakers like Mark Knight, Gorgon City and Nora En Pure as well as Danny Howard on Radio 1 and Nemone on BBC 6 Music, while it was his Kittball Records debut in 2016 namely ’I Don’t Need You’ with Yves Murasca that was played by the legendary Dennis Ferrer in almost all of his sets that summer. Followed by ‘The Light’ featuring Chasing Kurt, which became a firm favorite with Kevin McKay and Claptone. Hence no wonder he has climbed various charts at places like Beatport, Traxsource and iTunes as a result.

Rosario is also a regular radio guest on stations around the world like Ibiza Global Radio, Pioneer DJ Radio or Data Transmission Radio and has contributed several dj mixes to Déepalma’s chiming compilation series since 2015, of which the most recent edition was the essential ’Déepalma Ibiza 2018 (5th Anniversary Edition)’ mix-album. Next to his passion of collecting and playing vinyl since he was 14, Rosario’s main driving force is the work in his studio because “the sound design, composing and layering emotions” in his productions and “getting the audience dancing” with his music afterwards is what gratifies him the most.

On the basis of all this the future is looking bright for the artist, who is not only working on his debut album, but also has several collaborative productions with Yves Murasca in the pipeline including a remix of Julie McKnight’s classic ‘Home’ on Milk & Sugar Recordings, a remix for Karol XVII & MB Valence’s ‘Whispers’ featuring Lazarusman on Déepalma, and the follow-up single to ‘The Light’ named ‘Time’, once again featuring Chasing Kurt. As such, Rosario Galati continues to be an essential voice in the global conversation of contemporary electronic music.