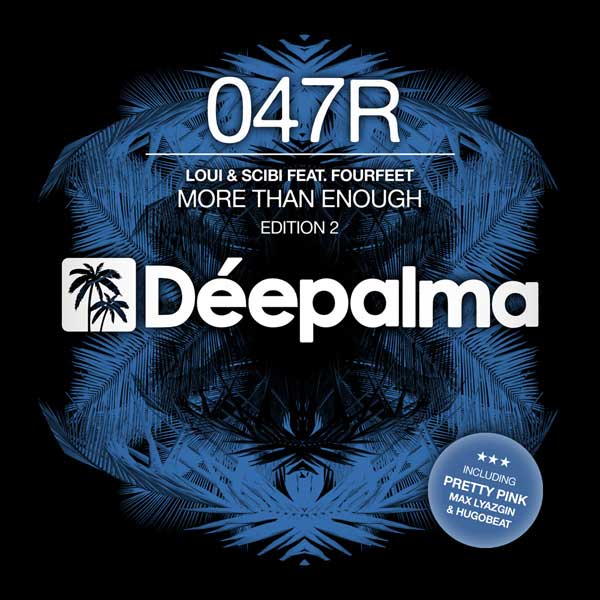 Loui & Scibi unveil the remix edition of ‚More Than Enough‘ with new versions from Pretty Pink and Max Lyazgin.

Across Déepalma Records’ three-year lifespan Loui & Scibi have become regulars on Yves Murasca’s label. The duo first began collaborating in 2009 and has since crafted a distinct blend of vocal led house, working with the voices of Beth Aggett and Nuwella Love, not to mention being tapped to remix tracks on Milk & Sugar Recordings, Purple Music and Bobbin Head to name a few. Meanwhile, Fourfeet is best known for his work with Chuck Love and OM Recordings.

After bringing the duo’s original mix alongside remixes from Lou Van and Deeplomatik in the first edition, the label is now presenting Edition 2 of More Than Enough where crunchy rimshots and gentle guitar licks make up Pretty Pink’s rendition until Max Lyazgin & Hugobeat conclude the package with an upbeat and bubbly reimagining.