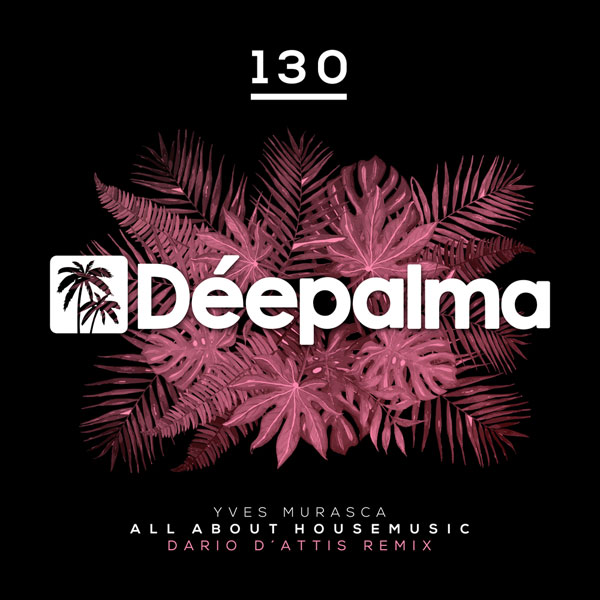 ALL ABOUT HOUSEMUSIC (DARIO D'ATTIS REMIX)

A predominant name in the world of electronic music over the last half-decade, Dario D’Attis has been connected with a slew of labels and records that have been enjoyed on dancefloors globally. His undeniably defined audio signature now finds its way into the heart of Déepalma boss Yves Murasca’s evergreen ‘All About Housemusic’.

Beginning with an instant intrigue through subtle tones and a captivating ebb and flow of hat grooves alongside potent kicks, Dario’s remix of ‘All About Housemusic’ wastes no time in attaching itself to his unmistakable sonic persona. Layers of harmony continue to rise from the outset, weaving and melting through one another as the track’s energy becomes increasingly climactic – reaching several peaks before being thrust deep into a melting pot of danceable components and alluring emotions.

Dario D’Attis’ Remix of ‘All About Housemusic’ is out on 11th March 2022 on Déepalma Records.