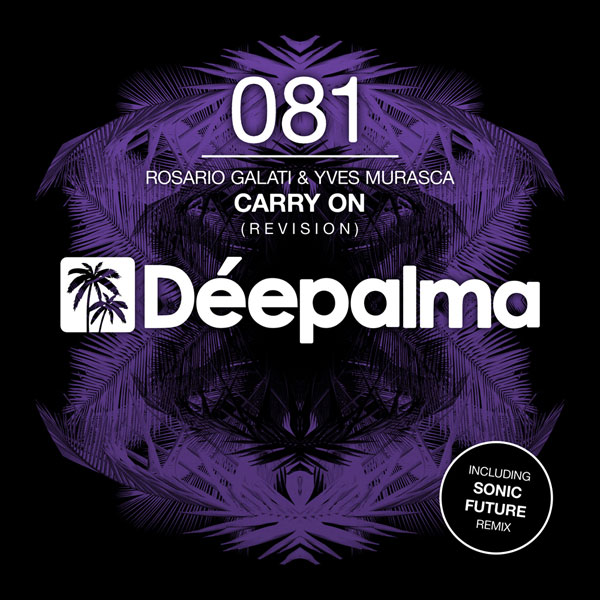 Back in early 2016 ‘Carry On’ saw Sicilian producer Rosario Galati team up with Déepalma head honcho Yves Murasca for the first time. An instant success including BBC Radio airplay and support across the dj world. At the same time it was marking the beginning of a fruitful series of collaborations between the duo with several offerings via Déepalma and Tube & Berger’s mighty Kittball Records.

Now with the arrival of Déepalma’s 5th label-anniversary the two producers went back to the studio together to deliver a complete revision of their summertime number, pairing a groovy and rumbling bassline with deep chords and an impassioned vocal, brimming with attitude throughout, before beckoning several thunderous drops.

Next up a moody remix comes from Sonic Future, where seductive acid modulations and eerie synths ebb in and out from beginning to end to indisputably throw dancefloors into a frenzy.

Brazil’s up- and coming producer Velker then concludes the package by serving a trippy remix featuring heady bass notes and poignant chords.

Last but not least the label serves up the so far unreleased Touch & Go Dub version from initial release and Rosario’s and Yves’ club smasher ‘Kalura’ as already featured on the label’s 5th Anniversary album earlier this year.