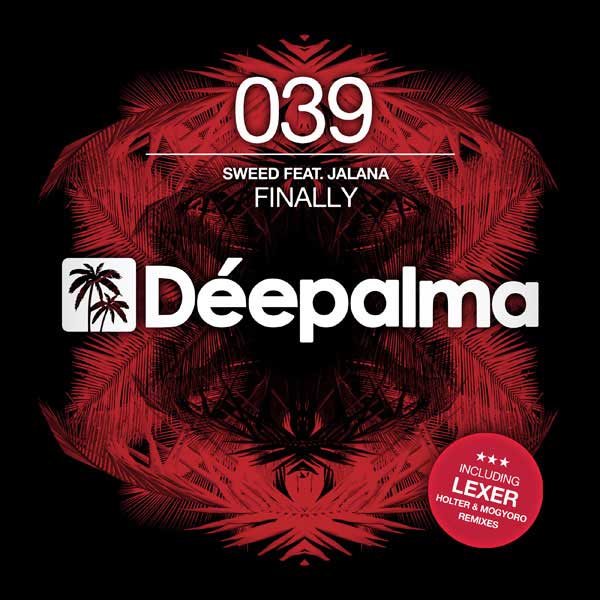 For the last weeks of summer Déepalma Records is presenting the next sun drenched release. Swedish producer Erik Gatenholm aka Sweed teamed up with US vocalist Jalana to deliver ‘Finally’, a stunning Electronica tune which had already been featured on the label’s Ibiza 2015 album and is now coming your way with a big bunch of excellent remixes.

On board one of Germany’s hottest exports of the moment. He has headlined every big festival from southern to northern Germany this year and is now also slowly overtaking the rest of the world. LEXER from Berlin without a doubt is one of the winners of the year. Originally discovered through one of his Edits on Soundcloud, and now dropping two outstanding mixes for the ‘Finally’ package.

As well on the list of remixers are Deepalma in-house talents HOLTER & MOGYORO from Vienna who just recently had big success with their Deepalma debut “All Our Mistakes” which rocketed various charts across the globe. Definitely an act to watch out for the next months.

Fulfilling the release with more quality mixes are Remix-contest winners AFROBEAT (Sleazy Deep) and Italian youngster GIOVANNI RUSSO who both absolutely convinced the label with their submitted interpretations of the track. As a goodie on top Deepalma is serving you instrumental versions of Lexer’s, as well as Giovanni Russo’s Mix.