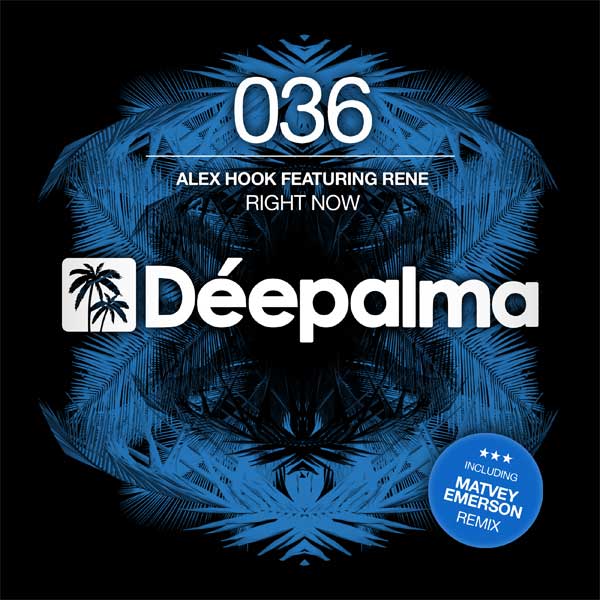 Alex Hook returns to Déepalma in fine form to unveil ‚Right Now’ feat. Rene on the vocals and Matey Emerson on the remix.

Following up on his Deepalma debut release ‘Shine’ together with Matvey Emerson and Gosha, Moscow based top producer Alex Hook returns to the label with his new offering ‘Right Now’ featuring the seductive voice of Rene. His new single is a sun drenched vocal jam which charms the listener from the beginning and serves perfectly as the soundtrack for a chilled afternoon on the beach. Next to the wonderful Original Mixes the package includes a top notch remix from Alex’ brother in crime Matvey Emerson who skillfully managed to deliver a more energetic version for the club. Follow the palms, get mesmerized!