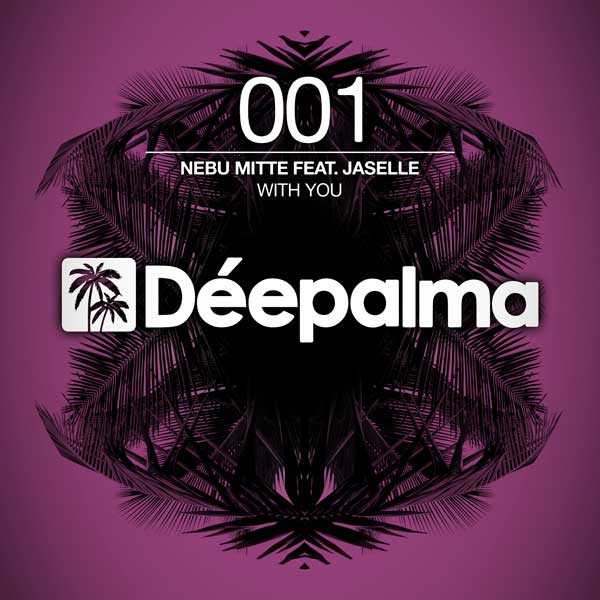 After the great success of its debut compilation “Déepalma Miami” which has been climbing the charts across all download stores worldwide and featured some of the hottest producers of the moment like Pleasurekraft, Maya Jane Coles, Maceo Plex or Alex Kenji amongst many others, the new Yves Murasca’s new imprint Déepalma now proudly presents the first single release in label history.

“With You” by spanish whizz kid Nebu Mitte from Berlin is coming your way with the sweet and sexy vocals by Jaselle Marin that, combined with Nebu’s infectious beats conflate into a wonderful Deep House tune, serving the perfect feel and  atmosphere for a cool beach party in summer 2013 and beyond.

On remix duties in this first Déepalma package no less than a figure than Deeplomatik, a regular guest on Miguel Migs’ Salted Music, besides Sevilla based Luis Mendez and not to forget the labelboss himself, Yves Murasca, who is serving you his Re-Twist of the Original version.